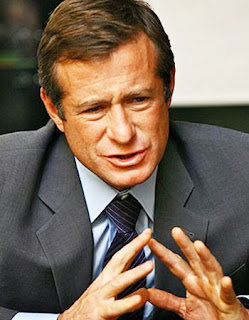 The astounding success of Grigory Berezkin, from a chemistry degree to the corporate world.

ESN Energo and Gregory Berezkin are well known names in the oil and electric power sector. ESN was founded By Mr. Grigory Berezkin around 1990/1991. However, Mr. Berezkin has played key roles in various other organizations as well.

Exposure to the Oil Industry


Gregory Berezkin graduated from the Lomonosov Moscow State University with his degree in Chemistry and in 1991 completed Post Graduate studies here as well. In 1993, Grerory Berezkin defended his thesis about petrochemistry.
At the same year Mr. Berezkin started trading in oil and came into contact with Roman Abramovich who was engaged in petroleum product trade. This association proved to be a valuable one and Mr. Berezkin in 1994 subsequently became Deputy CEO of Komineft as well as a general agent for them through his alliance with Abramovich. Grigory Berezkin was also at the helm of Mesco, a Joint venture of RAO International Economic Cooperation and Komineft.

Making his Mark in the Industry


After a short stint as the head of KomiTEK, Grigory Berezkin became its director and went on to acquire Evroseverneft (ESN) and SB-Trust. In 1999, he orchestrated the acquisition of KomiTEK by Lukoil. At this point Berezkin had fully realized the potential benefits of external management by a third party to help the company regain balance and stability. This understanding went on to serve him well in later years as well. In 2000, when ESN Energo was invited as the management company for Kolenergo, the latter was deeply in the red and teetering on the verge of bankruptcy. In a dramatic turnaround, ESN stabilized the beleaguered company and set the stage for massive reforms within its organizational structure.

Acquisition of more than 75% of the shares of TGK-14 Power Company in 2009 reinforced Gregory Berezkin’s position in the electricity and power industry. In the next year Berezkin further consolidated his power within the Soviet economy by taking position as a member of the board of directors of the Russian Railways.